Adharshila school is located in district Sheopur, in the state Madhya Pradesh in India, approximately 180km from Gwalior city. Without internet access people in Adharshila are cut off from anything that does not occur in their village. Additionally weak internet connectivity is a significant barrier to introducing higher quality of education in remote villages in India. Solving the connectivity issue will provide opportunities for asynchronous learning, easy accessibility to information, and higher education quality at an affordable cost.

After a year and half of unsuccessfully chasing Reliance, Sify, Airtel and other major telecoms in India, to provide last mile connectivity to remote villages, a local company, Texes Telecom, came through for us like a knight in shining armor! Texes Telecom is a provider of telecom and infrastructure services in India and a registered vendor of Reliance Communications. They have accomplished in less than a month what other major telecoms have failed to deliver in a year!

Week 1 – A 24 meter RF tower is erected near Adharshila school in the village of Agraa. The tower will receive signal from the Reliance tower at Umri Kalan. 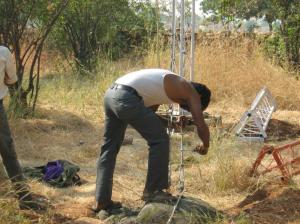 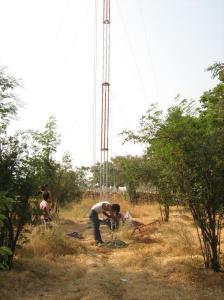 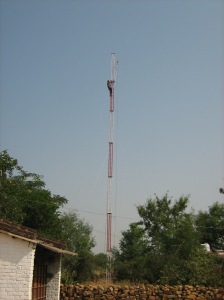 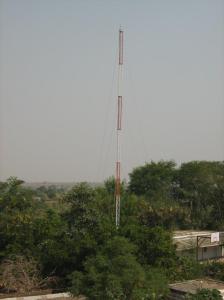 Week 2 – Technicians from Reliance have clear line of sight to the tower at Umri Kalan and the signal is strong! 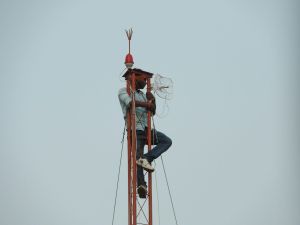 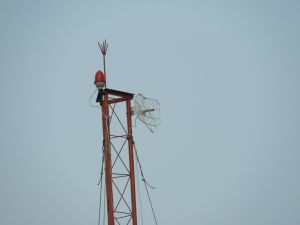 Week 3 – HOME RUN!! We (almost) have internet connectivity!! Connectivity lasted long enough to test-run a video Skype session between Delhi and Adharshila. We lost connectivity because the batteries running the BTS at Umri were discharged due to a power outage in the area for 2 days. Waiting for Reliance to fix the problem.

Week 4 – “Hello World”! Adharshila, an area forgotten by the major telecoms in India and where people used their phones mainly as MP3 players, is now on the cellular grid and ready to change the world! 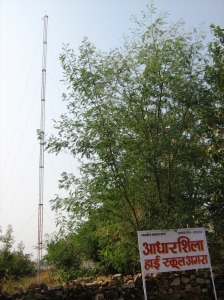